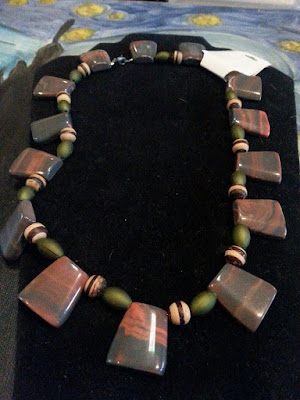 One of my dearest childhood friends was Cara Zamecki. Though we are no longer children, we are still friends. I recently caught up with her and learned about her business as a jewelry maker. I'll let her tell you about it in her own words.


My childhood home was filled with love, and my mother used to sew my clothes. I always wanted to learn. 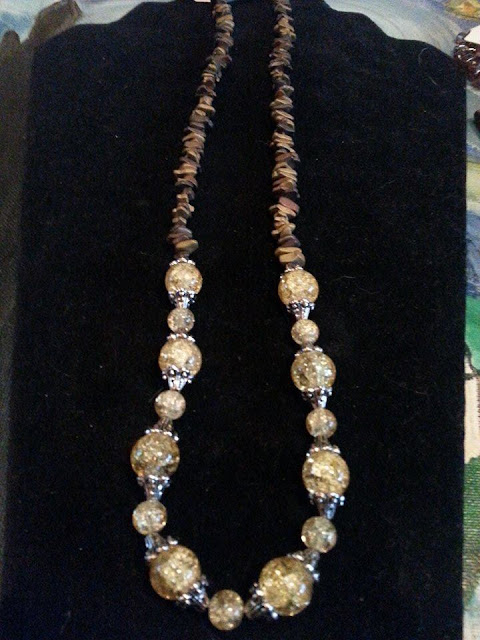 I got into making jewelry young from going to summer camp. My first piece was a key chain/necklace. 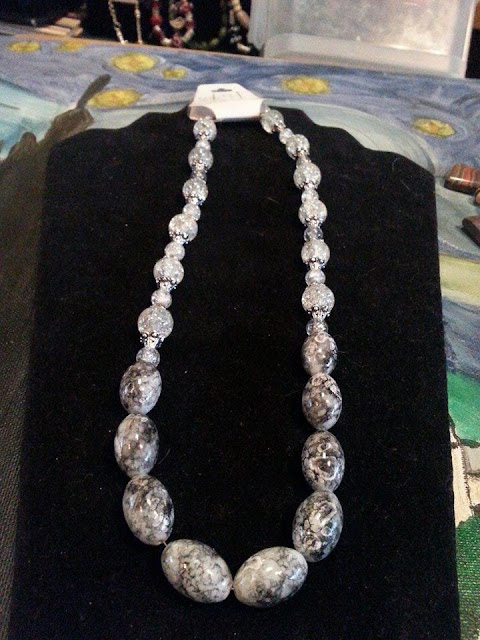 I have one person who helped me go further into making jewelry. Her name is Mar. I'm inspired by stones and rocks. I find beauty in them. I love creating jewelry because my work is one of a kind. Each piece is made from my mind. 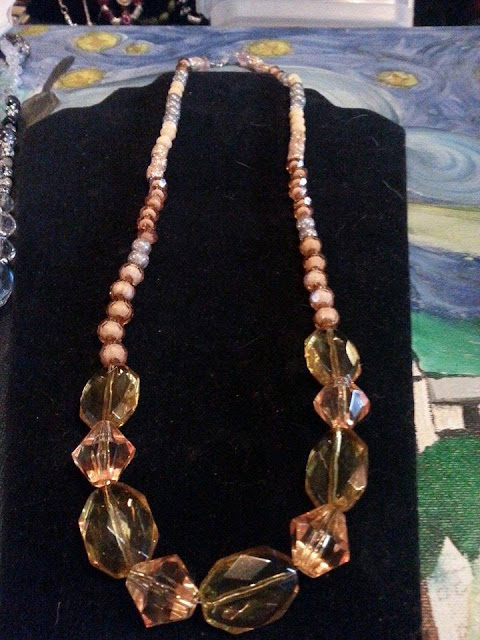 When I'm not making jewelry I'm thinking of what patterns from my mind I can bring to life. My first piece was a necklace made at Camp Singing Waters. 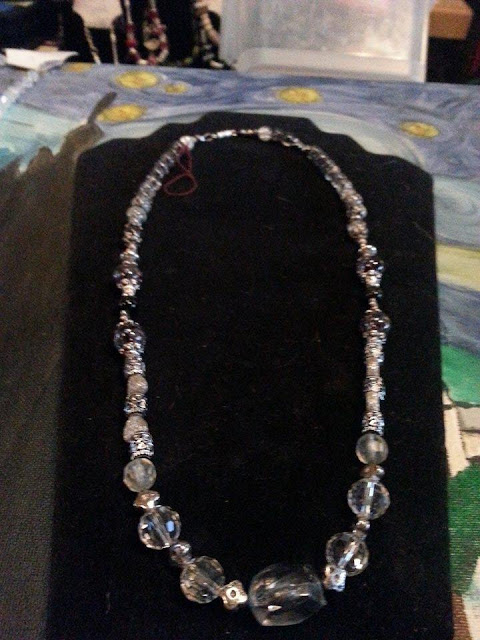 Navajo Jems has a store in Beeville, Texas. We moved this month (January) so I put some pieces online during this time so we might see more online. 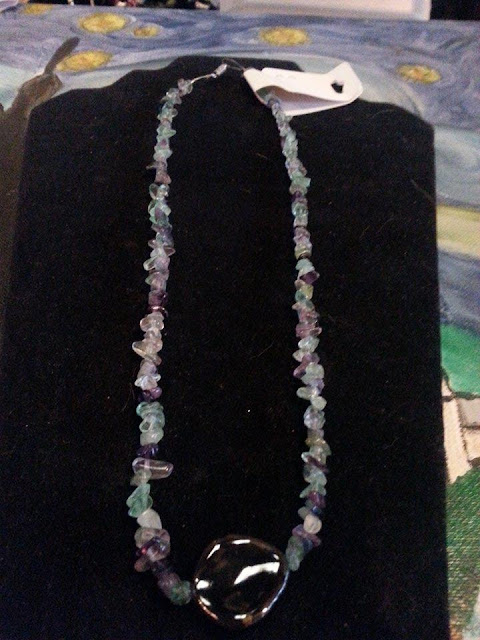 Thank you, Bruce, for taking the time to spend with Navajo Jems.


Stephanie Claire Rodriguez smiled. The result of the second test was the same as the first: positive.

She and Juan were going to have a baby!

She called him at work. "What are you doing for lunch?" she asked him.

"Eating!" he replied, chuckling at his little joke. "Why?"

"I thought you might want to have a picnic at Lake Park." She didn't tell him about the tests. She would surprise him at the park.

"Sounds fun," he said in his endearing Latin accent. "I probably won't get there until 12:30."

They said their goodbyes and Stephanie hung up the phone. She would fix the sandwiches closer to when she had to leave. Meanwhile she thought about their home office. They would have to convert it into a nursery. She wondered if they would need pink paint or blue....

It was a gorgeous day, the first truly nice spring day of the year. Sandra Hook decided to enjoy her lunch break at Lake Park. It was a short walk from Livingston Health and Nutrition, where she worked. She grabbed her lunch out of the employee 'fridge and headed out.

Sandra hadn't considered that others might have had the same idea. The park was crowded. Many were on their own lunch breaks, but there were plenty of parents with kids, too. A group of about two dozen in matching T-shirts must have been from a daycare. Leaves had barely begun to sprout on the trees, so the sunlight fell more harshly than it would in later months. But it sparkled on the nearby lake which gave the park its name.

The first shot didn't register in Sandra's mind, and while she was aware of the second, it was the mass of suddenly screaming people that got her attention. Someone had opened fire on the crowd in the park. Gunfire sounded nothing like it did in the movies. The simplicity of an outdoor lunch or some playtime on the swing set had suddenly turned grim.

Instinctively, Sandra ducked down. There was really nothing behind which she could hide. The closest thing she had to cover were some picnic tables several feet away. People were panicked, screaming, trying to run away from danger and getting into one another's way.

Quickly, she opened her purse. Sandra had a conceal-and-carry permit and a loaded Glock 22 in her purse. (The irony of a woman named Sandy Hook having a licensed gun was not lost on her.) She pulled the Glock out, her heart racing. There was no "safety" on the Glock in the traditional sense. The Glock used a safe action trigger system. Around her people were still scrambling for whatever cover they could find. Time seemed slower, drawn out. Though her heart hammered in her chest, her hand was steady. She felt confident. The two hours a week she put in at the firing range had her ready for this moment.

She stood to a half-crouch, just high enough to see over the fleeing crowd. There he was, wearing a red windbreaker and firing into the crowd with a large handgun She took aim, her finger resting lightly on the trigger. People were still scattering as the man strode through the crowd. In the back of her mind, she remembered something about checking the target. But she had a clear shot. If she hesitated, she might not get another chance!

Aiming for the red windbreaker, Sandra squeezed the trigger.

Stephanie had just arrived at the park when the shooting started. The horror in her soul was palpable. Was this the sort of world her child would be born into?

Whoever was shooting was off to her left someplace. Nearby she saw a middle-aged man draw a gun from beneath his red windbreaker. She saw him take aim, and realized he was trying to take down the gunman.

The man fired. Stephanie dropped her picnic basket, pressed her hands to her ears and screamed. Then a bullet tore into her midsection, the force throwing her to the ground.

Stephanie was unaware of the copious amount of blood. She was aware only of searing pain, and of a single, two-word thought: My baby! Then she neither breathed nor thought any more.

The bullet Sandra fired had missed. Behind the shooter, a woman hit the ground. For a brief instant, Sandra wondered if she had hit her. But the man still stood, waving his gun and shouting. She couldn't make out the words. He was the problem. This was all his fault.

She took aim and fired again.

The man went down. Dead or wounded, he had stopped firing.

Somewhere to her right, she heard a popping sound that sounded exactly like a gun in a movie does not.

Officer O'Malley had arrived with the others at the scene. Lake Park. Shots fired. Those two words had filled him with dread.

When they had arrived it became quickly apparent there were three separate shooters. At least three, O'Malley reminded himself. There was always the possibility another gunman had not been spotted.

O'Malley took up position behind the female suspect, his own weapon drawn and ready. He had already seen her fire into the crowd. He shouted a warning to her, unable to determine if she could hear him or not.

The suspect turned, looking to her right, her gun raised. O'Malley had only an instant in which to consider that she might be searching for another target. He shouted a warning again and, getting no response, took her down with a single shot.

Juan Rodriguez drove his silver Elantra to the park. He was later than he had hoped, but he knew Stephanie would be waiting for him.

There were flashing red and blue lights. Police cars. People were scattered about. Some were weeping. Some hugging. Some shaking. Some just lay motionless on the ground.

If you like what you read here, be sure to sign up for my free newsletter. You'll get content I don't share on the blog, including sample chapters from upcoming books, advance notice of new titles, coupons and more. Did I mention it's free? CLICK HERE.
Posted by Unknown at 1:15 PM No comments: Links to this post 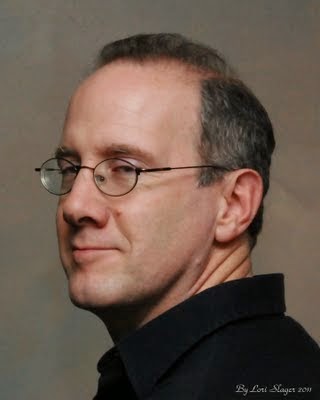 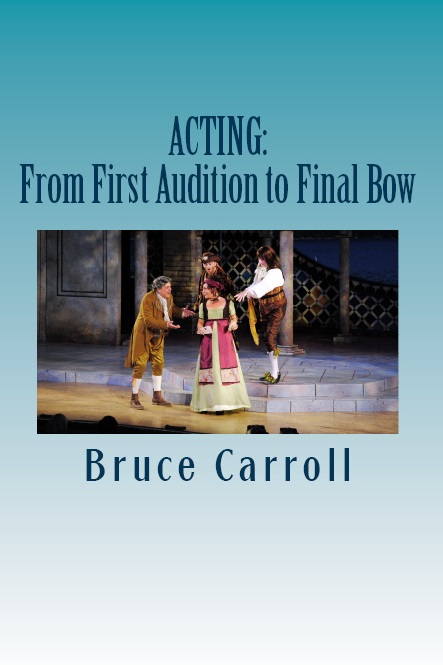 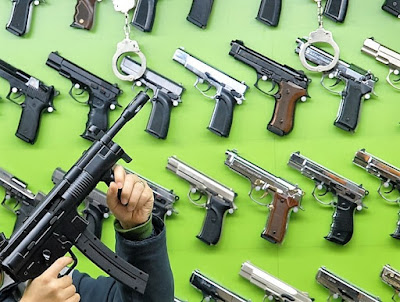